Home » Board of Directors » Jeanne Allen 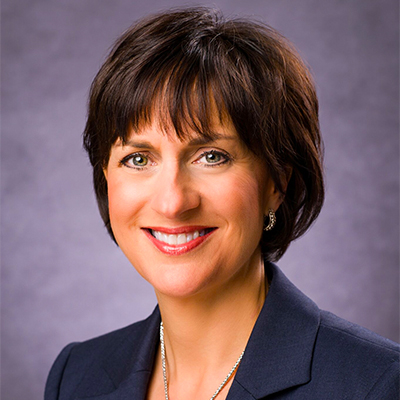 Jeanne Allen pioneered the Center for Education Reform (CER) in 1993 to restore excellence to education and built it into the nation’s leading voice for innovation and opportunity in education in the U.S. and globally. CER’s flagship newsletters, the Parent Power! Index, legal and policy analyses and commanding presence in the media has fueled the grassroots activism that launched the education reform movement.

Now in its 28th year, CER is again pioneering the new frontier of education, helping to unite global innovators, develop new schools, and make the cause of education freedom the most important  domestic issue of our time. Jeanne is a recognized and relentless voice, and her writings and views frequently appear in print, broadcast and online media, from the New York Times to the Wall Street Journal, to numerous local news outlets. She is a frequent guest to both national and local television networks and radio, having appeared on networks such as FOX, CNN and NBC and is a regular contributor on Forbes Online and Real Clear Education, among others. Jeanne is a trusted advisor to policymakers, philanthropists, and her colleagues in education and has served on numerous boards and posts, including as managing director of the StartEd Accelerator, an early advisor to GSV Labs and founding advisor to the Modern States Education Alliance.

In 2020, Jeanne launched edmaven, a new and unique technology platform that connects people and ideas to accelerate education, with GSV Founder Michael Moe, who is also her co-host for in Piazza, a new podcast dedicated to issues that are central to the town square of life.

Among Jeanne’s written works are The School Reform Handbook: How to Improve Your Schools (1995), Education Reform: Before it Was Cool (2014), and Manifesto: A Movement at Risk (2016) which is widely regarded as a seminal statement on the current state of education in the US.

In 2020, Jeanne published An Unfinished Journey: Education & the American Dream which uniquely challenges us to think big about the education of our youth. Combining a fascinating personal story with political acumen from more than thirty years in the arena, Allen paves the road to finishing the journey to the American Dream.

Jeanne Allen began her career on Capitol Hill and served as an official in the U.S. Department of Education from 1983-1988. She holds a B.A. in Political Science from Dickinson College and a M.S.Ed. from the University of Pennsylvania. Among her charitable and civic works, she is on the DaVinci Council of the National Italian American Foundation (NIAF), is a Dame in both the Order of Malta and in the Constantinian Order of St. George, and a member of the John Carroll Society. Jeanne Allen has been awarded the Education Industry Association’s “Friend of Education Award” and the Black Alliance for Educational Options’ Champion Award and has been named Working Mother’s “Most Powerful Moms in Education” and EDTECH Digest’s “Top 100 Influencers in Edtech” in 2018.

Jeanne has four adult children and a perfect one year old grandson. A first generation American, she enjoys visiting her family’s communities of origin in Italy when time permits and spends time on the water with her husband Dr. Kevin Strother, a classically trained musician, educator, and charter boat captain, and their 2 labs. These activities and her family and friends contribute to Jeanne’s deep appreciation of wine.